Bird Down is the seventh mission conducted by The Ghosts during the 2007 Korean war.

As of this morning, you are not the only US troops in North Korean territory. Although the Pentagon is still withholding offensive air power above the border, we have been running some stealth reconnaissance missions, using both unmanned drones and specially equipped helicopters. Earlier today, an OH-58D Kiowa Warrior was knocked down by enemy fire just as it was transmitting video of enemy presence around this reservoir. The co-pilot was killed in the crash, but the pilot, Captain Jeff Thomas, is still alive. That's the good news. The bad news is that he has most likely fallen into enemy hands.

Your primary objective is to rescue Captain Thomas. He's got vital information for us, but most importantly, he's an American soldier caught behind enemy lines. While you're in the area, we also want you to plant a demo charge on the downed chopper, to make sure the enemy can't recover any technology and reverse engineering it.

It's broad daylight, so we have to minimize the risk to your chopper on extraction. Fortunately, our old friends the White Skulls will be conducting some raids behind enemy lines as well, and they'll detach some of their men to set up a temporary base one mile from the crash site. Escort Captain Thomas into their lines, and we'll send a medivac in to extract all of you. 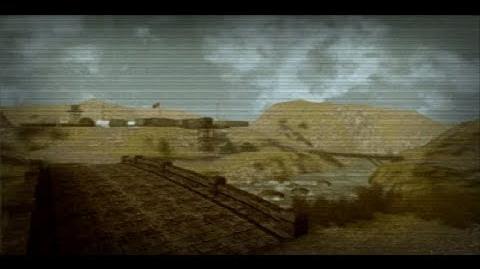