2. Gather intel on "The Teacher"
3. Destroy the Counter-Battery Radar vehicle

Blackout is the third mission conducted by The Ghosts during the Sri Lankan conflict.

Mitchell - Alright, Ghosts. Here's what we know about the power plant.

Primary objective is to render the plant inoperative, but there are a couple of ways to get this done.

Locals report a number of workers being held somewhere in the plant. If you want to be nice about it, you can rescue the workers and get them to help you shut the place down. Otherwise, you can destroy enough of each substation, and a cascading effect should bring the plant down.

Destroying the plant would put thousands of civilians without power, possibly for weeks. I shouldn't have to tell you that doing so would earn a bad reputation with the people. I don't know what you'll find in the field, though, so it's your call.

The Activists are running the show out of the administrative building on the other side of the plant. Secure that area, and recover any intel you can find. The information you managed to extract from the recruiting facility had references to someone called "The Teacher." See if you can find any additional info.

They've got a counter-battery radar set up just outside the complex. It's not a primary, but destroying it will further cripple the Activists, and may earn favor with the people.

Local news is reporting some outrage from certain high-ranking Sri Lankan officials, like the Minister of Energy, Sunil Ranga. Looks like people are getting anxious about international involvement with our carrier group just off shore. Let's get this taken care of before the situation gets worse.

This is the counter-battery radar. Bravo's mortar team won't be able to provide you support until you take it out.

There are the plant generators. Destroying them will take down the plant completely.

These transformers are another option. If you can't get to the generators, taking these out should bring the plant down.

The power-plant engineers are held captive by the Activists. If you're looking for a way to shut down the plant with the least amount of damage, you'll have to rescue them first.

Here's where the activists are running their operation from. Search the area for intel. 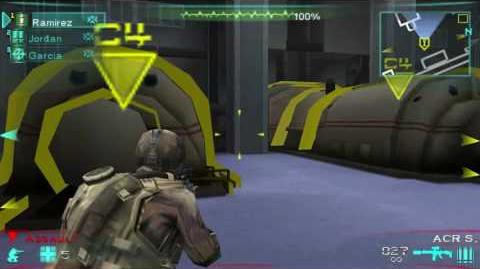