Bodark, officially known as the Special Training Unit 500, was an elite Russian Spetsnaz unit comparable to the Ghosts. Highly trained and disciplined, their name comes from the myth of men who choose to become wolves or more specifically, werewolves.

Most of Bodark members and leaders went rogue by allying themselves with Raven's Rock, a group of nationalistic and influential politicians, soldiers and weapon dealers.

They first appeared in Chelyabinsk province, Russia on October 2023 inside Sokolov's base to get the six RSM-56 Bulava nuclear missiles. Although they had 10 cloaked troops at the base, a UGV as support, destroyed the Ghosts' UCAV and killed Chuck (who was trying to defuse all the warheads), they nevertheless lost all their soldiers, their UGV was destroyed and Raven's Rock's Ka-60 helicopter only got 2 warheads where one of them was going to strike at London, England.

Hunter Team first encountered Bodark in Dagestan where they were deployed to locate and recover a Georgian special forces unit, call-sign Zamtari. The Ghosts found the only survivor; Sergeant Osadze, the younger brother of Guram Osadze, but before they could rescue him, he was taken to the church by Bodark to be interrogated and executed. The Ghosts quickly assaulted the church and rescued Osadze, but after they left the room, they were ambushed by Bodark. After fighting through the ambush, the Ghosts pushed down the hill and reached the extraction point where they were again ambushed by Bodark.

The second encounter with Bodark is at the Naval Support Activity Bahrain where Staff Sergeant John Dmitri Kozak interrogated a captured Bodark operative while being monitored by both Scott Mitchell and Captain Cedric Ferguson. When questioned, the man revealed nothing except that he knew Kozak's real name and that he was from New York, taunting him by saying that his unit "can't keep its men alive".

Hunter again fought Bodark operatives in Moscow where they covertly shadowed a recently liberated President Volodin and his supporters and protected them before moving to their primary objective; the assassination of General Mikhail Bukharov in his headquarters; an old FSB building.

Hunter fought both rogue Bodark operatives and Raven's Rock troops in Kazakhstan where they were deployed to rescue the Loyalist General of the Army, Yuri Kozlov, and transported him to Saint Petersburg by their Black Hawk helicopter piloted by Captain Lauren Jacobs (call-sign: Twisting) where the General set up his Loyalists' headquarters in the city.

Hunter again fought Bodark operatives when they were deployed to a heavily-guarded rail yard near Omsk to locate a mobile command car and hand it over to the Loyalist troops of General Alexei Douka after Hunter had secretly uploaded an eavesdropping program into the car's command and control systems.

After the disbandment of Raven's Rock on July 22, 2024, four Bodark officers had stolen large amounts of classified data when the Ministry of Defense and the Kremlin's intelligence officers reported the theft and they traced the file transfer to the Ministry of Interior headquarters in Moscow. Hunter killed all of these officers to cover the theft of the data before Douka's troops arrived.

Before and during the Operation Greenstone, one former Bodark operator known as Karel Sekulic left the group by becoming a defense contractor in Sentinel Corp and later becoming a commander in the wolves that is lead by Cole D. Walker. However he has recently become disillusioned with the Wolves and seeks to defect after witnessing the horrible actions they committed on Auroa. When he was Head of VIP security for Project CLAW , he has also became romantically involved with Stephanie Burgess, which led him to defect and asked Nomad to help fake his death to live in peace with Stephanie.

Later it was confirmed that the sightings of Raven’s Rock, the Russian separatist group, and their agents, the Bodarks are on Auroa, despite both their disbandment a year earlier. Scott Mitchell, the commander of the GST, contacts Nomad in order to neutralize the threat, whatever that threat may be real or not. They were led by Major Pyotr Bukharov (codename: Basilisk), leader of Raven's Rock and son of late Vitaly Bukharov.

After the deaths of Lieutenant Colonel Cole D. Walker, Sentinel Corporation CEO Trey Stone and the end of the Wonderland conspiracy, Auroa archipelago became a primary target major countries around the world seeking the advanced technology left in the islands. Bodark teamed up with the remains of Sentinel and the Wolves to secure the archipelago. It is later found out that Bodark was attempting to ignite conflict between Russia and the rest of the nations attempting to gain control and in the process steal Skell Tech Drones for their own benefit.

In Future Soldier, different Bodark archetypes use different kinds of equipment depending on their assigned roles/classes.

Bodark riflemen are assault-class operators equipped with either Assault Rifles (AK200s, AN-94s, A-91s, S805s or AK-47s) or Light Machine Guns (PKPs, Type95s, Ultimaxs or RPKs). They also have access to other gadgets such as Grenade Launcher (standalone or underbarrel), Cameras and multiple special grenade types.

All Bodark classes share the same sidearms (GSh-18 and OTs-33), while the riflemen also have the choice for a higher-caliber Chiappa Rhino revolver.

The 8 Bodarks that appear in Operation Red Patriot share the same equipment as the Wolves, mostly using TAVOR Assault Rifles, with the exception of Miroslav "Kraken" Semenevitch, who is equipped with a KSG12 Shotgun.

In Operation Motherland, the Bodark troops are separated into 5 different Archetypes with different weapons and skills, with the Lieutenants and the leader being 2 separate instances.

Bodark Oppressors are armed with un-suppressed SR-3M Assault Rifles (equipped with the same attachments as the Troopers') and heavy body armour (same style as the Dreadnought).

Occasionally, some missions include Bodark Military Scientists who wear hazmat suits and are equipped with the same suppressed SR-3Ms as Bodark Seekers. Gameplay-wise, they act exactly the same as Bodark Troopers.

The Bodark Lieutenants Fyodor Archinov, Kostas Tchertkov and Vassili Kropotkine are armed with the Tactical variant of the SR-3M (equipped with PK-AS Scopes and Magpul CTR stocks). They also wear the same Active Camo cloaks as Seeker troops, but are never seen actively using it in combat.

Katya Maksimova, leader of the Bodarks, is armed with the SR-3M Scout marksman rifle (equipped with a RU Red Dot + G33 3x Magnifier, Range Finder and an STK-P polimer stock). Much like her 3 lieutenants, Maksimova wears the same special Active Camouflage cloak as Bodark Seekers, but is never seen using it effectively in combat.

The existence of Bodark was revealed to the United States government after the National Security Agency received a communication from a confidential source in the Russian Federal Security Service (FSB) about an advanced special operations unit.

This information was later confirmed by ELINT surveillance of secure traffic between Major General Vitaly Bukharov and Colonel Pavel Kuzmin in and out of a military base in Kandalaksha. General Bukharov has direct operational control of a company-sized formation based at Kandalaksha, referred to as Special Training Unit 500 in numerous communications.

No unit matching this designation is listed in the official Russian Defense Ministry files, suggesting that Bodark is a highly covert unit operating under the auspices of Russian military intelligence (GRU). Its executive officer is Colonel Pavel Kuzmin, a career GRU officer with expertise in special operations.

Phone intercepts between Kuzmin and the GRU officials in Moscow indicate that Kuzmin also acts as a liaison between GRU headquarters and STU 500, which suggests that the unit operates outside the jurisdiction of both the General Staff and the GRU. This is an unprecedented level of autonomy, even for a special operations unit.

Personnel serving with Bodark are senior Russian Spetsnaz troops with extensive combat experience and superior training, equivalent to the U.S. Army's SFOD-D (Delta Force), or the GST (Ghost Recon). They are equipped with cutting-edge weapons and tactical operations gear, including communications and battlefield management systems thought to have been purchased illegally or stolen from the U.S. or the European defense contractors.

It is believed that their operational doctrine includes the use of advanced war-fighting technologies, such as CROSS-COM data systems, UAV and UGV support, and Optical camouflage gear for specialist squads. Bodark has access to dedicated air transport and long-range air support from the 7077th Separate Support Detachment, an Air Force unit based at Kandalaksha that is specially trained in covert operations.

It is unknown whether the unit has similar access to Russian Navy assets, but it is assumed that Bodark is authorized to commandeer whatever resources necessary to complete their assigned mission, just like other GRU Spetsnaz units.

It is unknown at this time how Bodark fits within the Russian chain of command. Since Bukharov answers only to the General of the Russian Army, and further, to the President of Russia, it is assumed that Bodark requires presidential authority in order to be deployed, much like the Ghost teams, but given the unit’s secrecy and autonomy, this cannot be confirmed.

There are anecdotal reports that suggest Bodark has been deployed more than once on missions without official authorization or oversight. It is estimated that Bodark has been operational for between ten and fifteen years, roughly coinciding with the period when Bukharov accepted a transfer from the GRU to the Training Directorate of the Russian General Staff. 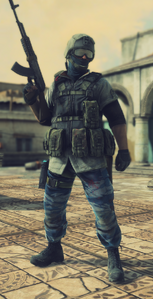 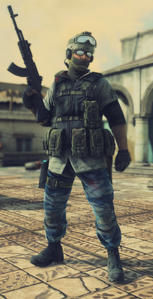 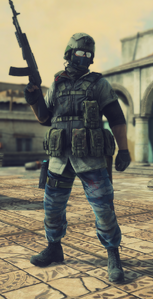 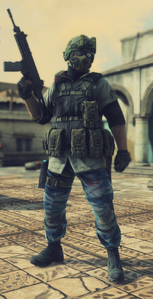 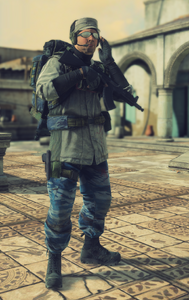 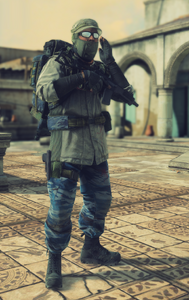 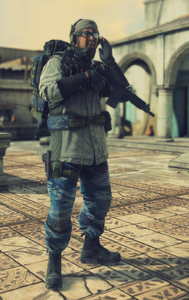 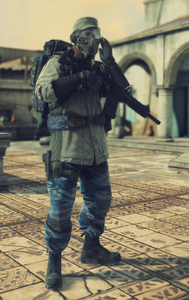 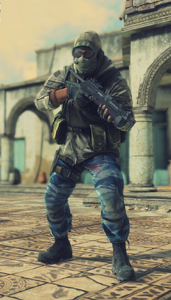 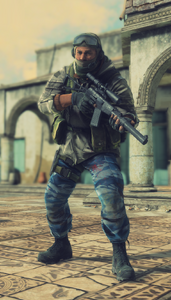 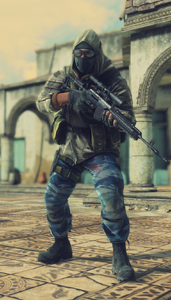 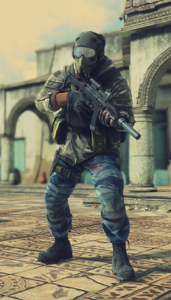 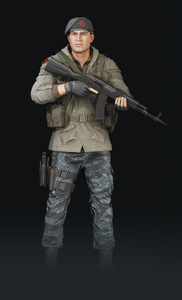 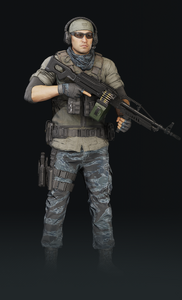 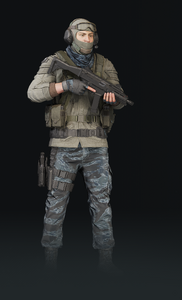 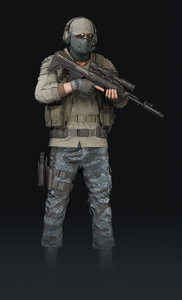 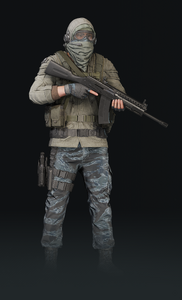 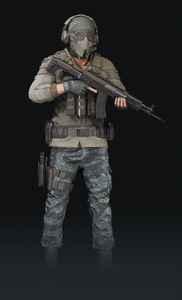 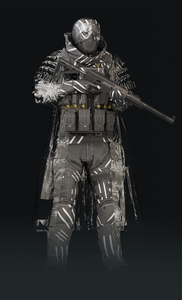 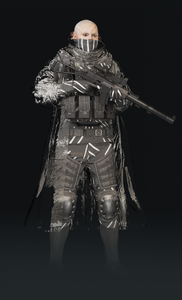 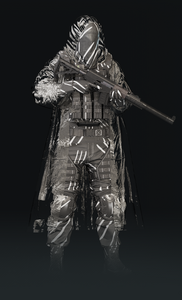 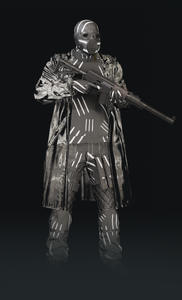