Bravo Village is the fifth mission conducted by The Ghosts during the Sri Lankan conflict.

Ranjit Hisan - We're evacuating civilians as quickly as we're able, but we still have work to do before the Loyalists reach us.

Some Loyalists have already made their way towards the village, but their main attack force has not yet arrived.

My men are reporting mixed forces, infantry and vehicles moving toward the village. They must not be expecting much of a fight, because so far they've used no artillery. We must evacuate the remaining civilians before the attack force arrives.

The Loyalists have a SAM unit located in the city. Any additional harm we do th the Loyalists will surely earn you favor with my people.

Once the village is secure, we will prepare a welcome for the Loyalists they'll not forget soon.

Some civilians are still being held captive in the village. We must evacuate them before the remaining Loyalist forces arrive.

The Loyalists are supported by a SAM unit. Destroy it to receive air support.

We expect the loyalist reinforcements to come in from the main roads. Once you clear the remaining villagers, we must defend the village. 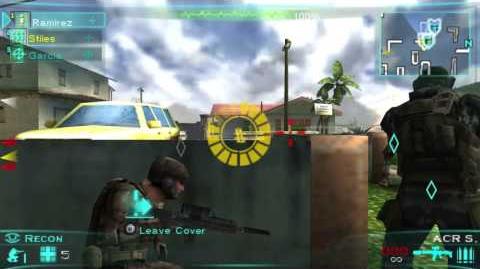