Ghost Recon Wiki
Register
Don't have an account?
Sign In
Advertisement
in: Characters, American, US military,
and 4 more

Carl Bookhart is a former U.S. Army Ranger who now trains Santa Blanca's elite sicarios in Montuyoc province. He serves as a “buchon” under El Muro.

Born on 2nd July 1966, Carl William Bookhart grew up in Vermont, where he had developed severe anger issues, resulting in a string of arrests by the time he was a teenager. When he finally turned 18, law enforcement and the judiciary finally had enough of his delinquent actions. Forcibly handed a choice between the prison and the military, Bookhart selected the latter.

Nearly immediately after he joined the army, Bookhart and his superiors noted that he comfortably flourished in the military. Eventually, his natural proficiency and abilities attracted the attention of other Army Rangers, who promptly offered him an opportunity in the unit. Readily accepting, Bookhart similarly flourished in the Rangers, and earned high praise from his superiors, eventually graduating from Ranger School his high marks. Deployed to Iraq during the events of Operation: Iraqi Freedom in 2003, Bookhart eventually served two tours within the country. Sometime during this period, Bookhart had served with future Ghost, Anthony “Nomad” Perryman.

However, his promising service came to an abrupt end in 2005. Having been patrolling downtown Ramadi, his patrol had been ambushed by an IED explosion that left him grievously wounded and the rest of his unit dead. After his recovery, despite his insistence that he was still combat-ready, the mental toll on Bookhart proved too much to handle, and he was discharged from the Army shortly after being diagnosed with Post-Traumatic Stress Disorder.

Returning stateside, Bookhart attempted to adjust to civilian life, however, his PTSD resulted in an inability to maintain a job for more than a few weeks. Still bitter at his dismissal, Bookhart returned back to his old ways, often getting in trouble with the law. Eventually, Carl began spending more time at the border, often departing to Mexico where he would go on drunken raves and claimed to anyone who would listen of his army exploits. During one of his visits, Bookhart stumbled upon Santa Blanca's head of security El Muro who had been previously overseeing the potential recruitment of recruits. Impressed by the former Ranger's exploits, El Muro asked Bookhart to serve as the main training instructor for the recruits, intending to mold the trigger-happy sicarios into a professional cartel army with the training to combat a professional military force. Readily accepting the offer, Bookhart was sent to Bolivia, where he began training the cartel forces in different military tactics. Additionally, having spent a significant amount of time at the border, Bookhart became fluent in Spanish, allowing him to better communicate with his Mexican superiors.

Arriving in Bolivia, Bookhart immediately set out to train the otherwise trigger-happy but ineffective sicarios. To enable a much higher quality of recruits, the cartel set up Bookhart with his own training course in the Montuyoc Province. With his training, Bookhart regularly pushed recruits to their limits, ordering them to constantly repeat training drills and ensure that the recruits were able to field-strip a G36 within two minutes. His complete training involved basic and advanced firearms training, hand-to-hand combat, first aid, basic infantry training and various undisclosed combat drills, going through an obstacle course consisting of: monkey bars, tire maneuver, and a low crawl. As well as war games involving close-quarters training with real knives, reciting the Sicario's Oath, killing themselves or their teammates if caught by rebels or law enforcement, and executing a civilian with a melee weapon such as a hammer or a machete. During his tenure, Bookhart also wrote a Tactical Warfare Manual called Super Sicarios. The book took heavy inspiration from the U.S. Special Forces handbooks, and he gave copies of the manual to the sicarios that were being trained by him. Alongside this training, recruits were regularly tested on their surveillance and driving abilities.

During training, Bookhart often worked alongside instructors from other nations, including Israel, South Africa, Russia and the United States. With the combat experience of these instructors, Santa Blanca was able to weed out much weaker members. Their training was compounded with the addition of El Muro's own polygraph system at the start of every month. Those that fail were promptly tortured and executed. Additionally, during training, recruits were regularly forced to train in live-fire exercises, often resulting in undue casualties, Bookhart however, determined that these regular exercises forced recruits to be at their very best constantly.

Often, by the end of training, some two-thirds of recruits would wash out to become Halcones - lookouts - for the cartel. These units often serve as the backbone of the Santa Blanca Cartel, but are considered not to be extremely effective. The rest that survive training are often promoted to different positions in different regions, with some serving as enforcers, others serving as guards for transports and shipments and hitman. Additionally, those that excelled in specific areas during training are reassigned to different specialist positions including drivers, surveillance specialists, spies and torturers.

During the events of Operation Kingslayer, the team became aware of Bookhart's existence from Bowman. Shocked that a former Army Ranger would so willingly turn on his country, the Ghosts determined that Bookhart was too dangerous to be kept alive. Tracking him to the Choza Padre silver mine in the province, the Ghosts discovered that Bookhart had holed up inside with a group of sicarios. As the team advanced deeper into the mine, Bookhart attempted to make a last stand, before the team quickly eliminated him and the remaining sicarios. Expressing disgust at his actions, the team promptly left the mine.

After defeating Carl Bookhart, the player will be rewarded with 5 skill points, and the M4A1 Tactical, a unique variant of the M4A1. 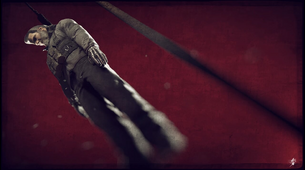 Bookhart shown hanged in the video after taking down the security pillar. (Note: This is not how Bookhart actually dies.) 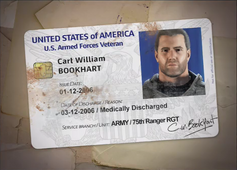