Convoy Strike is the fourth mission conducted by The Ghosts during the 2007 Korean war.

Thanks to your efforts, Captain Mitchell, the enemy's Fourth Armored Brigade has been drastically reduced in effectiveness. They've pulled it out of action until Pyongyang can find a suitable replacement for Major-General Rhee. This time, we're sending you and the Ghosts to decapitate an entire division - the North Korean Third Mechanized.

According to Intel reports, that unit's headquarters detachment is relocating to a more forward location this afternoon, while the weather keeps South Korean aircrafts grounded. That means we can hit them hard before they have time to know what's happening. The enemy will most likely spread their communications equipment and operators out across the entire convoy. Do not let any transport vehicles get away! Expect them to split the convoy into multiple segments, so move quickly and destroy them in detail.

Satellite intel indicates they have at least two heavy tanks playing escort, which means you'll be facing a lot of resistance. You'll be taking out an entire headquarters company, so expect them to be well-armed and alert.

One thing that'll help you is the weather. In these conditions, you Ghosts can make the enemy think they're being attacked by a much larger force. It never hurts to mix a little panic in with the mayhem. 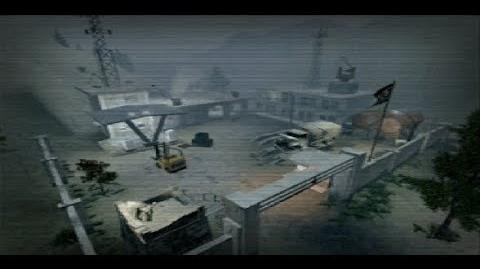