1. Blow up the Railway bridge before the train arrives
2. Eliminate all enemies on the train
3. Cut down enemy's power supply in the north camp

Death Train is the thirteenth mission conducted by The Ghosts during the 2007 Korean war.

Thanks to your operational successes in the last weeks, Major-General Paik seems to be running out of weapons. If the radio broadcasts we've monitored are any indication, the general's losing his grip, too. Now's the time to end his nuclear program once and for all.

Paik is out of missiles capable of carrying a nuclear payload, but we still have his uranium stockpiles to worry about. Intel has it that Paik is now moving these to a secure location by train, stockpiling them for future use - unless we stop them en route.

The boys upstairs have found the perfect spot for an ambush along the convoy route. It's a small railroad bridge in an isolated area, and it's lightly defended. Your first objective is to quickly eliminate the small enemy outpost to one side of the bridge. Then, move to the base of the bridge and plant explosives. Make your way to the other side of the bridge, and detonate it before the train arrives. That will stop the transfer dead in its tracks.

Once the train is immobilized and you have taken out the soldiers on board, secure the outpost on the other side of the bridge. That will allow our men to move in and secure the shipment. And be extremely careful not to damage the containers, or things could get hot in a hurry. 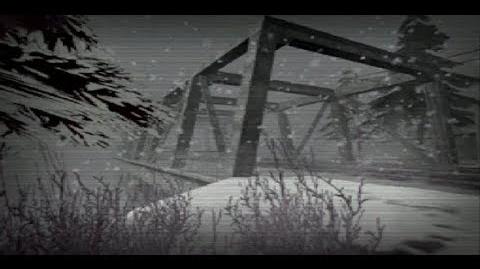 The XM29 and SOFLAM are used again by Mitchell for the third time.