Eliminate all armor units in the area so the medical convoy can get through to friendly forces.

Destroyed City is the fourth mission conducted by The Ghosts during the 2011 Korean War. 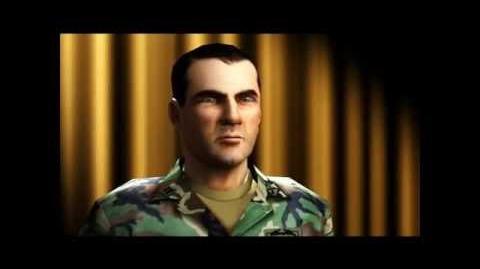 This is the first Lone Wolf mission that Mitchell first use the XM29 (single shot, 3 round burst & full-auto setting) with the prototype Intergreated Warfighter System that can call in F35 Joint Strike Fighter for air strike by the XM29's gun camera. Yet the XM29's grenade model has only 12 20mm rounds. While the rifle model has 300 5.56mm NATO rounds.

The XM29 can allows Mitchell to both see and attack an armed target, without exposing the operator to counterattack like the CormerShot.