Raven's Rock coup
Operation: Take Down Overlord was a covert military operation conducted by Ghost Recon in Russia in 2023.

By 2023, as violence grew within the streets of Moscow during the events of Raven's Rock coup, elements of the military that sided with Raven's Rock began cracking down on further resistance and dissent. Despite facing major backlash from the international community, Raven's Rock forces refused to back down, eventually declaring martial law within Russia. In response, the United States deployed Ghost Recon to disrupt further operations between Raven's Rock and local ultranationalist forces.

Identifying leader of the local ultranationalists, Ivan Illitch Kerenski as a major target to eliminate, Ghost operators Pepper, 30K, Bones and John Kozak formulated a plan to assassinate Kerenski. With Pepper on over watch, 30K infiltrated the underground drone command center and Bones and Kozak patrolled the abandoned streets with their Hammer drone. With the team in position and having positively identified Kerenski, Pepper sniped him from roughly 3300 yards with his Barrett M82A1. Immediately after Bones and Kozak intercepted and engaged a nearby Russian patrol equipped with a UGCV drone. Pinned down by the Russian numerical superiority, 30K quickly blew up the drone command center, disabling the drone. With this, the Ghosts Hammer drone were able to make short work of the remaining Russian forces.

Making their way to the rally point, Bones and Kozak held off waves of Russian forces before Pepper and 30K reunited with the duo. In the midst of their firefight against ultranationalist forces, Russian forces deployed two tanks into the area. Quickly intercepting the tanks, the Ghosts destroyed the tanks with in-built rocket launchers before departing the scene in their optical camouflage. 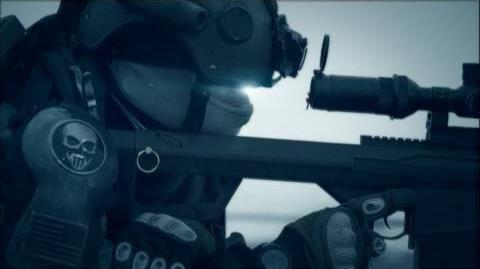