Refinery Assault is the fifth mission conducted by The Ghosts during the 2007 Korean war.

We're going to be sending you deeper into North Korean territory this time. Your objective is to destroy their main strategic oil refinery. We have good intel that the enemy only has a few days' worth of fuel stockpiled. Once that runs out, they won't be able to keep up the pressure - if you can cut off the enemy's petroleum at the source.

Your first target is this railroad marshalling yard. Intel shows that this refinery is a natural choke point for their entire supply system. In other words, take out the automated systems that control switching and routing for this train yard, and you'll paralyze half of the country's rail system. The iron and rolling stock will still be intact, but North Korean rail operations will be frozen.

Next, break into the refinery and take it out. This fuel tank is particularly vulnerable, and blowing it up will most likely trigger a series of explosions that will level the entire complex within minutes. A well-placed shot with an RPG or some heavy caliber weaponry - for instance, the stationary machinegun set up inside the compound - should heat things up nicely.

Once you take out this refinery, it won't be long before the enemy's frontline units start to really feel the pinch. 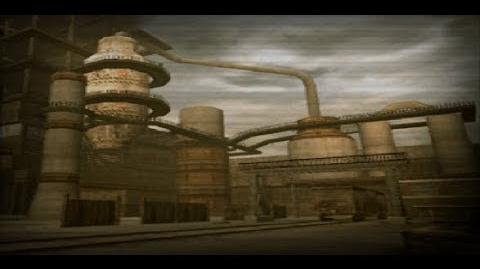