A BETTER FUTURE TODAY
Skell Technology, also known as Skell Tech, is founded in 1991 by tech genius Jace Skell who is the Founder & Chief Executive Officer (CEO) of Skell Tech. The blue chip company rapidly grew into a titanic global corporation. After purchasing the lease to the Auroan archipelago, Skell Technology channeled all of its resources into Skell's ambitious World 2.0 project, transforming Auroa into a self-sustaining island paradise.

Skell created his own Silicon Valley of Auroa on an island somewhere in the South Pacific and near the South Pole. From 2011, his island was completed in 2016 and in 2019 started inviting his 10,000 employees (including their families) to live on it.

Skell's mission is to make the world a better place. But the road to hell is paved with good intentions when faced with mounting evidence that its products are falling into the hands of corrupt regimes, it starts coming under increased scrutiny. And on Auroa some researchers, scientists and engineers who are horrified of Project Deus under the leadership of Haruhi Ito now known as Outcasts causing damage on the island.

When they are implicated in a political assassination, the U.S. government decides to investigate further, only for Auroa to cut itself off from the outside world and no way of contacting Skell. They were completely unaware that it was a group of rogue Ghost operators known as the Wolves that have taken over the island and let those regimes and nefarious forces wreaking havoc across the globe.

As a result, Scott Mitchell sends in 32 men and women of the four Ghost teams under Anthony "Nomad" Perryman's leadership for a reconnaissance mission and if possible, secure the archipelago and extract Skell. However, during Operation Greenstone, the Wolves used drone swarms to attack the Ghosts' helicopters that are getting into the island. As a result, all helicopters crashed on the island and some of the surviving Ghosts were hunted down by the Wolves and a hired private military contractor, Sentinel.

The USAF orders 200 reconnaissance drones from Skell Tech; a former startup founded in 1991 by Jace Skell, a young MIT genius. Skell's winning success at a competition organized by DARPA in 1992 had attracted the attention of large investment funds.

Skell Technology is on a winning streak. After its introduction to Nasdaq in 1998, it's subsidiary, Skell Robotics, specialized in civil robotics, won a series of tenders to automate factories in Japan and USA.

Jace Skell loses his wife Diane in the 9/11 attacks on the World Trade Center in New York, then establishes the Skell Foundation in 2003 to reward young talents in AI. His next venture is the founding of Skell Architecture, a new entity aimed at creating smart, green, and perfectly secure cities.

Jace Skell purchases the lease to the Auroa Archipelago in the South Pacific via his Skell Foundation. The Pentagon auctioned off these islands which were the site of former US military bases. Skell Tech's board of directors met the purchase with astonishment, while it sparked interest in Silicon Valley, where Skell has many fans.

After intense overnight discussions, Jace Skell convinces his board of directors to continue investing massively in developing the archipelago of Auroa. The following morning at a conference he finally unveils his project: to create a test-tube World 2.0 on this isolated archipelago, a cradle for tomorrow's humanity, thus guaranteeing its survival.

At the an opening ceremony for Skell's World 2.0 project, Skell makes the following proclamation:
A new world! A world at peace where everyone can flourish! We have founded this new world here on Auroa, free from the dictatorship of incompetent states. Thanks to you, Auroa has become our technological ark, a cradle for a new humanity."

Skell Tech makes many tip of the spear hardware and software not just for civilians, but also for military personnel (such as the UAV drone models used in Bolivia) and Twitch's Shock Drone (used by Team Rainbow).

Lieutenant Colonel Scott Mitchell commented it even made a prototype optical camouflage tech for John Kozak during Operation Silent Spade to do some field tests.

During Operation Kingslayer, the Ghosts got Skell Tech's heat map for better navigation.

Yet one of its employees, Daniel Rodriguez Arellano, had gone missing during Operation Oracle, until it later turns out the situation in Operation Oracle: Suspicion isn't what it seems and Cole D. Walker killed him because Daniel weaponized a drone that killed his teammates, Jeffery K. Griffin and Alejandro J. Sanchez. 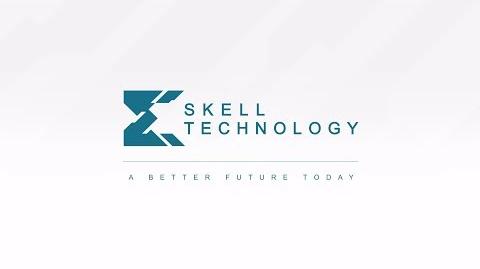 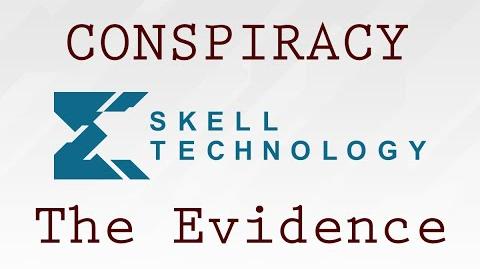 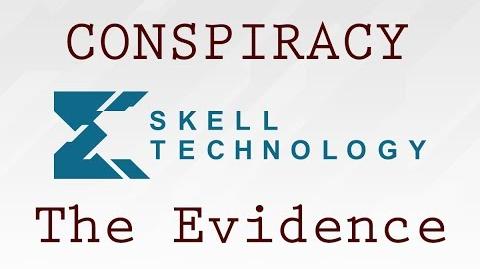 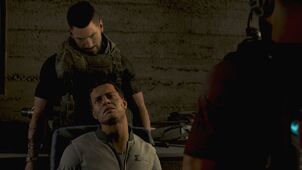 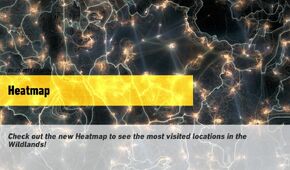 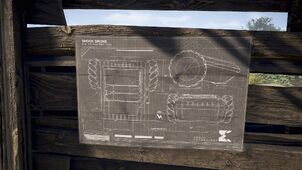 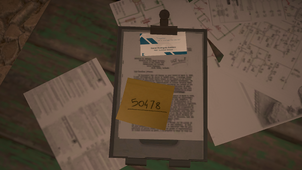 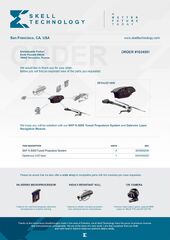 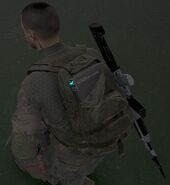