Tank Ambush is the first mission conducted by The Ghosts during the 2007 Korean war.

Welcome to Korea, where all hell's about to break loose. Our friends in South Korean intelligence have pinpointed a column of powerful T-80 Main Battle Tanks on the move. It's headed straight for an important sector of the DMZ fortifications before they can be fully manned. It's essential for stop that column as far north as we can. That means fighting well inside North Korean territory, and since you're the only American outfit authorized to do that, you pull the assignment.

Fortunately, you'll be linking up with an elite South Korean unit known as the White Skull Brigade. We'll be following a contingency plan they developed, which involves mounting a major ambush in this gorge, about two miles north of the border.

Your first objective is to storm a communications post on top of this hill to secure the right flank of the ambush. Then, make contact with Lt. Yi and his Skulls. Work with them to eliminate those enemy detachments. If the invaders learn their T-80s can be flanked just as easily as any other tank, it'll be a severe blow to their morale. 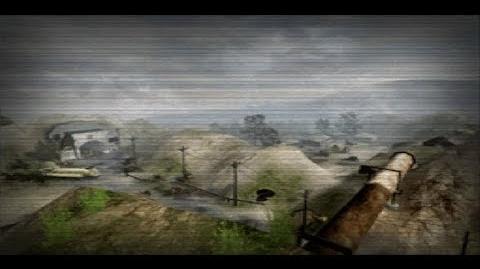