1. Infiltrate the dam
2. Eliminate all enemy troops on top of dam

Tides of War is the ninth mission conducted by The Ghosts during the 2007 Korean war.

Fantastic work saving Captain Thomas, soldiers. Don't relax yet, though. Things are about to go from bad to worse.

That mysterious VIP prisoner you sprung out of the Tiger's Cage two days ago? It turns out that he's a major named Sung. He was a high-ranking technical advisor to North Korea's nuclear program, until he had a falling out with Major-General Paik. Paik threw him in the Tiger's Cage to keep him from defecting, and now we know why. His story corroborates a lot of intel we received from Captain Thomas, and the picture it paints isn't pretty.

Major-General Paik realizes that our defensive posture in the current conflict might lead to a relatively bloodless détente. That's not what he wants, so he has decided to make sure war with the US reaches a point of no return. To that effect, he plans to blow up North Korea's largest dam. If he succeeds, he will drown tens of thousands of our troops under two billion tons of water. Throw in the civilian casualties and the other effects of that kind of flood, and you can see how serious this threat is.

Clear Paik's troops off that dam so our engineers can disarm his demolition charges. We have to prevent the Major-General from turning this reservoir into a weapon of mass destruction. 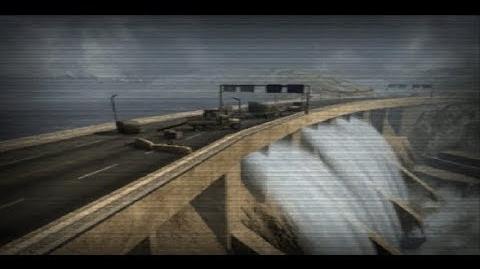