Tom Clancy's Ghost Recon Phantoms was an Ubisoft Entertainment free-to-play third-person multiplayer shooter released into open beta in 2012 for the PC. It was released on April 10, 2014. The game was originally known as Ghost Recon Online. It was announced in August 2016 that the game would be shutdown on December 1 of that year.

Developed by Ubisoft Singapore, Tom Clancy’s Ghost Recon Phantoms was a tactical, 3rd-person, team-based shooter that allowed players to engage in fierce 16-player online matches. The game delivers a premium online-multiplayer-shooter experience that was downloadable and playable for free on . Offering unique gameplay, Ghost Recon Phantoms melds the intensity of a shooter and the tactical depth of a MOBA to provide players with a one of a kind experience.

20 years in the future, the game has changed and battlefield supremacy is dictated by technology. In a world driven by economic interests, the ATHENA Corp. has begun selling its weapons and technology to the highest bidder.

As elite soldiers and defenders of US global interests, Ghosts fight to uphold order in an unstable world. The Phantoms, an equally armed group of ex-Ghosts, seek to dismantle world order and to challenge US imperialism from the shadows.

It will be officially released on April 10, 2014 with a new name, Tom Clancy's Ghost Recon Phantoms and expanded features.

Classes are the mainstay of Ghost Recon Phantoms game. They each have their own weaknesses and strengths, specific weaponry, and specialized abilities. It is essential for a team to have a diverse class setup in order to win. The only three things the classes have in common is that they all have secondary pistols, grenades, and unique abilities. Note, the player selects their class before going into a match, once in a match the player is stuck to this class for the entirety of. The only things the player can change in match are their weapons and abilities.

Every class can be individually leveled up by completing matches and gaining experience points. The maximum level cap is 50. It used to be 30 during the open beta. Upon reaching level 10 with any of the classes the player loses the ability to search for a "beginners only" match.

There are three game modes currently available in the Ghost Recon: Phantoms. All three game modes are objective based and include round time limits. Games can generally be won by either taking all objectives, taking the majority, or defending until the time limit expires.

A global 36-minute match timer will end the session regardless of other variables.

Conquest is an objective-based tug-of-war style game mode. There are five capture zones (objectives) spread around the maps in a linear fashion. These objectives are labeled alphabetically (A through E) starting on one side of the map and moving towards the other. The objective of the game mode is to take as many objectives as possible, with the final goal to be total control of all the objectives. There are two ways to win a Conquest game mode; take and hold all of the objectives, or hold a majority of objectives (at least three) when the match timer expires.

Holdout involves only one control point on a symmetrical map, with teams spawning on opposite sides of it. The teams must take and defend the point from the other team until the round timer expires.

There will be a weekly webcomic debuting on August 6, 2014 which will explain the formation of the Phantoms.

It had an Arctic-themed expansion. Additional content packs have been released with Halloween and Assassin's Creed themed content. On April 1, 2013, a new gamemode was announced, "Ghost Dance Revolution", as part of Ubisoft's April Fool's Day. For 2014, they announced the TR0 1010 Directed Energy Recoilless Platform.

The Phantom Pack was released on July 10, 2013. The Phantoms are described as the Ghost's deadliest enemies. Players have the opportunity as part of the Phantom Pack to compete in a competition, and complete it after scoring 100 million points.

In February 2015, a pack featuring the Bodark were released. 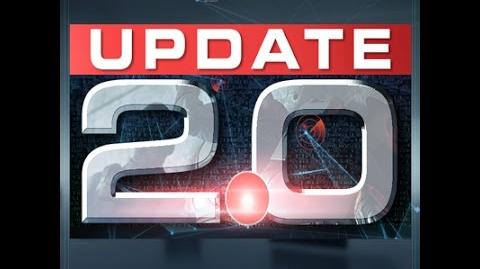 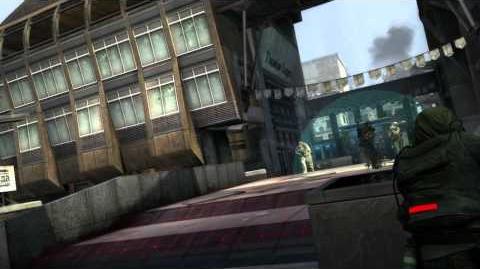